Cassandra Khaw writes for us!

Best news first: We are incredibly proud, honoured and excited to announce that Cassandra Khaw (twitter) will be writing the story to our game! Of course we can not spoil just yet what it will be: Big secret! ^_^

Until then some more insights into the visual design process: At first our approach regarding the wall mechanic’s visualisation was the same as with the bridge but then we realized that the caterpillar only has to lie in the way of the character to effectively work as a wall. This makes it a lot more plausible in our opinion: The extruding spikes are always a reaction to a character having the wrong colour. When the caterpillar acts as a bridge the characters pass over it and when it acts as a wall the characters pass under it. It is a simple solution, one that feels very obvious and natural but it took a while to develop.

The caterpillar has spikes that react to colours of the approaching characters. Here is a simple explanatory animation.

This a rendered and animated 3D concept. It could look like this in the game.

This is a quick and dirty concept drawing that shows how the wall mechanic could work. No animation test for this one, yet. 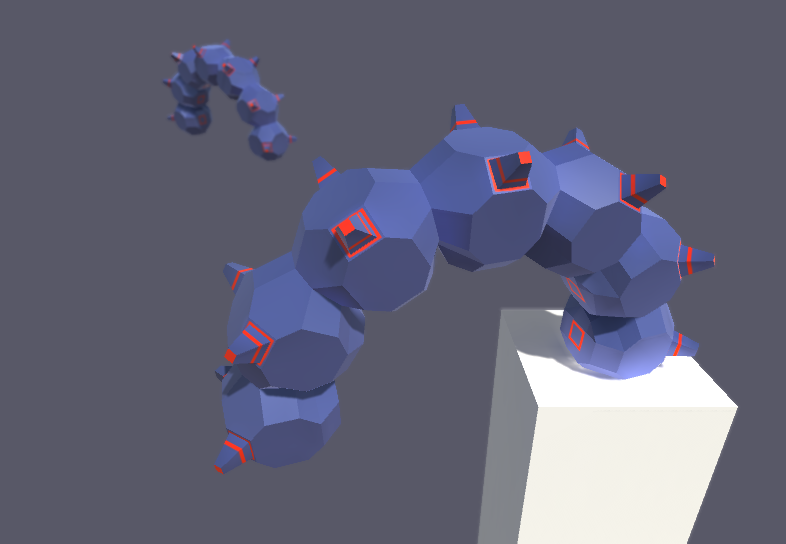